Palmyra Project: reception and integration of refugees and asylum seekers

Faced with the lacerating reality of the massive arrival of refugees and migrants in our continent, and the Palmyra Project aims to be a small contribution from organized citizenship to remedy the shocking situation of actual people.

As of 2016, the project has become part of the Municipal Welcoming Program of Barcelona.

It is a temporary accommodation place where a personal and individualized work plan is planned with the aim of improving the process of social insertion and autonomy of refugees and asylum seekers.

Children: from victims of violence to actors of nonviolence 2013-2014

The project has experienced and developed at European level an integrated intervention system with the objective of supporting the process of recovery and integration of young people from degraded sociocultural contexts or a criminal reality, victims of cultural and psychological violence. 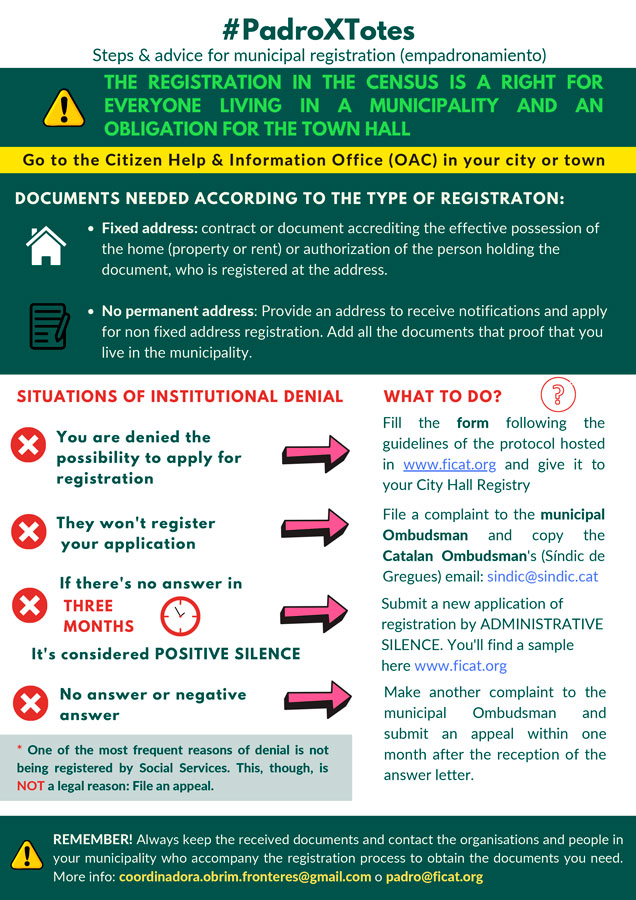 All the documents that are made available are only indicative models that must be adapted to the specificities of each case, so it is convenient that in any case they check the adaptability of the model to specific circumstances. Their will is that citizens have access to know the legal arguments that FICAT uses in these cases, the result of an interpretation of the law.
FICAT is not responsible for the inappropriate use of these models.